This isn't actually all that new - I hacked this together during a global day of coderetreat in Melbourne in 2012 - but I've mentioned it to a few people, and thought it'd be fun to put here:

Conway's Game of Life in Excel

You enter your initial life pattern as cells in tab 1:

then recalculate to show the first generation:

Then set the init cell to 1 and keep hitting recalculate:

and eventually you get a whole pattern: 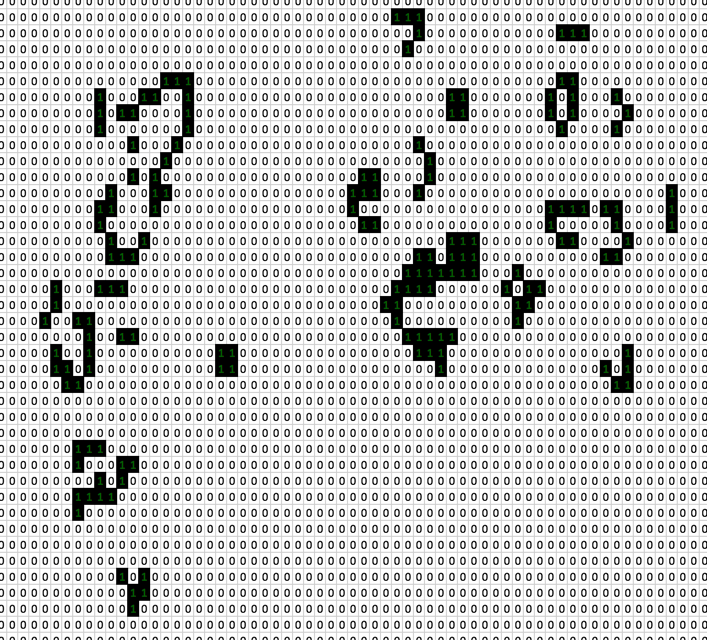 There are far cooler excel hacks out there - but I had fun building this, especially as it is really quite trivial - just a huge number of cells on two sheets, calculating each life generation based on their neighbours:

Also - I have a strange fondness for spreadsheets. Yes, they can be abhorrent monstrosities when overused - but they can also be very useful, and very simple, and the basics of how they are structured and how they operate hasn't really changed since my dad showed me VisiCalc on his Apple II 35 years ago. It's the one programming language that I've used that has that much longevity and consistency!